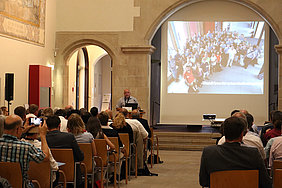 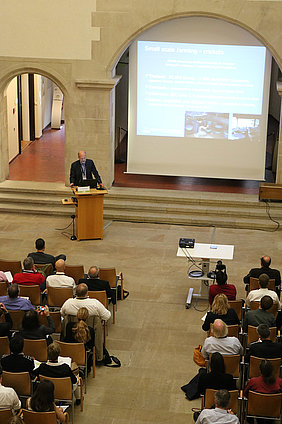 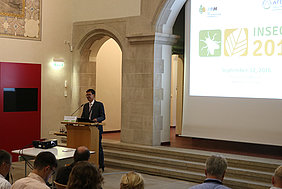 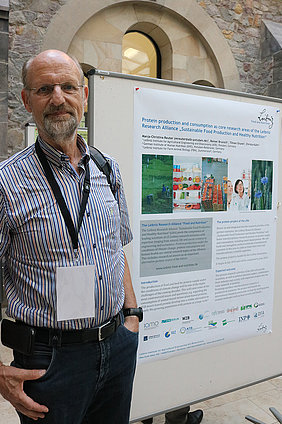 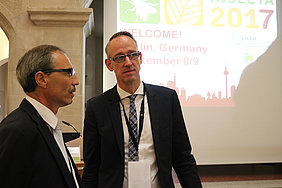 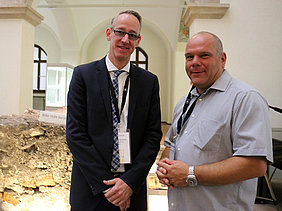 Sept 12, 2016: More than 120 scientists and stakeholders from 24 countries participated in the international conference held at the Kulturhistorisches Museum Magdeburg on September 12.

The agenda of INSECTA2016 covered a wide range of topics from identifying suitable insect species  to processing technologies ending up with strategies for a better acceptance of insects as a source for food and feed. Oral presentations and poster contributions gave an overview of the state-of-the-art of insect technology as well as on the prospects and constraints of the use of insects as feed, food and non-food in Europe. Technical, commercial, ecological, political and ethical issues were discussed.

The potential risks related to insects as food or feed source were in the focus of the welcome speech given by Tilemachos Goumperis of the Scientific Committee and Emerging Risks Unit of the European Food Safety Authority (EFSA).

This year’s conference was organized by Pilot Pflanzenöltechnologie Magdeburg e.V. (PPM) in cooperation with ATB. The organizers evaluated the conference as very successful. In the future, the cooperating organizers PPM Magdeburg and ATB Potsdam will organize the INSECTA conferences alternately. “We are looking forward to the upcoming INSECTA 2017 event in Berlin and are confident to continue this year’s success ”, says Dr. Oliver Schlüter, ATB.

The event was accompanied by large media interest. In various interviews ATB scientist Dr. Birgit Rumpold talked about the potentials and challenges for insects as a bioresource of the future.