Multifunctional basic substances for the plastics of tomorrow.

Biobased chemicals are an essential building block for a future bio-economy, in which, facing growing mountains of plastic waste, environmental degradation and climate change, regenerative sources are increasingly expected to replace the fossil raw materials commonly used up to now.

Biobased chemicals such as lactic acid or succinic acid are basic materials for the production of various product groups such as cosmetics, paints or solvents. The further processing into biobased plastics has a high value creation potential. Polylactic acid (PLA) is a versatile biobased plastic that is suitable for the production of food packaging, mulch films or textile fibres, for example. It is biodegradable in certain environments. Mixing PLA with natural fibres such as hemp, flax or nettle further extends the range of applications.

Decentralized biorefinery concepts for the utilization of waste streams

From waste to value

A central research task is therefore to identify the potential of various residues that are produced in large quantities in the agricultural and food industries, both regionally and globally, for their biotechnological use - from sugar cane residues and rice bran to organic fractions from the waste bin or cotton fibres in textile waste.

In addition to expanding the spectrum of raw and residual materials, our research focuses on the optimization of individual process steps - on scale-up from a batch process on lab scale to a continuous process on close industrial scale in ATB's own pilot plant.

The first process step is biomass disintegration. For the microorganism-based fermentation, the sugars bound in the biomass have to be brought into solution. Depending on the type of feedstock, several treatment processes may have to be carried out - whether physical, chemical or enzymatic. Lignocellulose-containing residues such as straw or wood constitute a particular challenge.

In the fermenter, the core of the biotechnological facility, highly specialized microorganisms metabolize sugar into end products such as lactic acid. Which microorganisms master the biotechnological conversion of substances most efficiently? ATB can refer to its own collection of bacterial strains (e.g. Lactobacillus and Bacillus coagulans), which is constantly being expanded as a result of research. The diversity of microorganisms enables us to produce precisely tailored bio-based chemicals for novel applications that meet the specific requirements of further processing by the chemical industry.

After fermentation, the biobased chemicals must be isolated from the fermentation solution in a process called downstreaming, purified and concentrated. We use membrane or electrophysical technologies and we further develop the process in order to simplify multistage purification processes.

Searching for more projects on the topic ....

Search for more publications on the topic ... 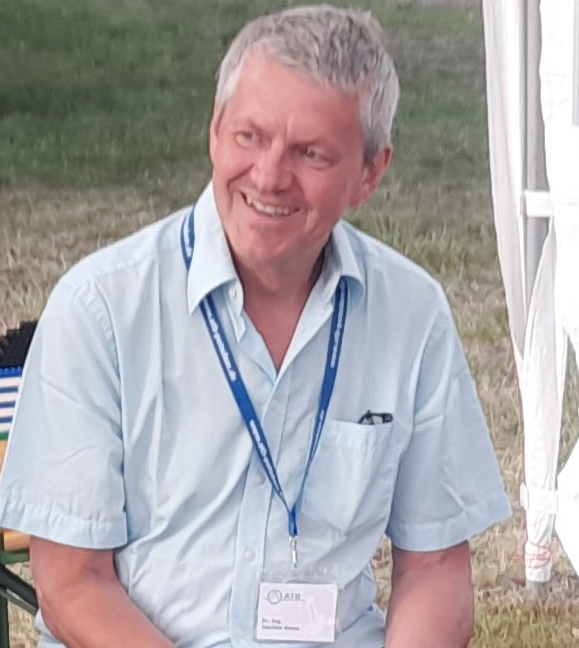