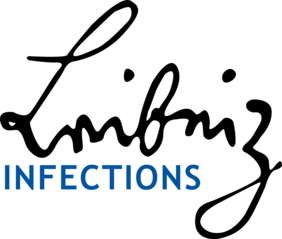 Following the Leibniz Association's funding decision, the Leibniz Research Alliance "INFECTIONS in an Urbanizing World - Humans, Animals, Environments" can begin its work and continue the successful work of the INFECTIONS'21 Alliance. Over the next four years, research will focus on the spread of antimicrobial-resistant microbes in an increasingly urbanised society.

Infectious diseases caused by viruses, bacteria, parasites and fungi are among the most frequent causes of death worldwide and present us with major social and health policy challenges. In addition to the previously known pathogens, mankind is increasingly confronted with newly emerging germs whose emergence and spread is favoured by human activity and often has a zoonotic origin. This transmission from animals to humans could become even more pronounced in the future: Already in 2018, 55% of the world's population lived in cities, and this is predicted to rise to 68% by 2050. Densely populated centres are invading rural areas and causing progressive proximity between wildlife, livestock and humans. In addition, wild animals are becoming more adapted to agricultural and urban areas, which will increase the risk of pathogen transmission to humans in the future.

Furthermore, the increased use of antimicrobial agents, for example antibiotics in medicine and agriculture, fosters the evolution of germs that are increasingly resistant to common drugs and lead to an alarming increase in infections that are difficult or impossible to treat. "The fight against infectious diseases caused by resistant pathogens, against which we have no or only a few active agents, requires close cooperation between different scientific disciplines," says Prof. Dr Ulrich Schaible, spokesman of the Leibniz Research Network INFECTIONS from the Research Centre Borstel, Leibniz Lung Centre. "Different conditions are decisive for the emergence of drug-resistant pathogens, research and containment of which goes far beyond the actual field of biomedicine and requires an interdisciplinary approach."

For this reason, the 18 Leibniz partner institutes in the research alliance, together with three external partners, will focus their  research on the effects of urbanisation and agriculture on the spread of drug-resistant pathogens. "We suspect that different degrees of human use and associated activities promote pathogen spread differently," Ulrich Schaible explains the focus of the upcoming work phase. "For this reason, we have designed the projects in such a way that we can comparatively investigate this influence under different circumstances." A total of six projects, which will be worked on over the next four years through the bundled and multidisciplinary expertise of the project partners, cover natural, agriculturally used and urban areas. The influence of water, different fly species and containment measures in hospitals on the spread of pathogens will be investigated.

With its expertise and excellent infrastructure, such as the boundary layer wind tunnel, the ATB is contributing in research on the dispersion of aerosols from and in livestock farms and on the possibilities of their effective inactivation.

Through the Alliance's highly interdisciplinary and collaborative research agenda, long-term synergies will be developed to advance current knowledge, contribute to the development of countermeasures and provide policy recommendations. In addition to scientific research, a further focus is placed on communicating the acquired knowledge: In addition to several local and international events, summer schools and workshops on the topic of drug resistance, the general public will also be informed through video blogs, podcasts and social media and will be directly involved in the research through a citizen science project.  The funding amounts to 1.2 million Euros for the next four years.